I spent two days last week at university: "Learning Beyond Registration - Diabetes 1". The registration that I'm learning beyond is that issued by the Health and Care Professions Council, which is the regulatory body for the Dietetics profession. The module can stand alone, or can form part of a Masters qualification.

Teaching is done at the university where I studied for my Dietetics degree, and the campus has changed surprisingly in two years. There is a big hole where one building used to be, there is a whole new building where there used to be an open space, there is a brand new cafe and shop, and various other upgrades to facilities, including pay and display parking which used to be free. It was also quite sunny and the cherry blossom was in full bloom, showing off the beauty of the countryside campus to full effect.

There are five of us taking this module, where in previous years there have been many more (I think a previous class of more than thirty was mentioned). Five was a good number, and three of the others had less experience than I do; we all had lots of opportunities to ask questions. In fact, day 2 was spent with an experienced diabetes Dietitian doing nothing but asking question after question.

Day 1 was more structured. The morning covered the evidence base, including a very useful document that summarises all the evidence behind the nutritional guidance that is applicable to diabetes. In the afternoon we went over the evidence of increased cardiovascular risks associated with both Type 1 and Type 2 diabetes with a very knowledgeable Dietitian from London, as well as looking at the different medications available and some of their side effects. We ran out of time at the end and skipped through insulin pumps, which was fine because I know quite a lot about pumps.

Day 2 was my perfect day. From 9 am until 4 pm we talked about anything and everything about diabetes - insulin, weight management, carbohydrate counting, glycaemic index, alcohol, physical activity, renal function and lots more. The role of the multi-disciplinary team, prescribing, low calorie and very low calorie diets, low carb vs low fat diets, the latest 5:2 'Fast' diet, glucose metabolism and competitive sport, glycaemic rebound following a hypo, the dawn phenomenon, glycaemic profile after alcohol or activity, matching insulin profiles against individual requirements, the use of 'old' vs 'new' insulins and their cost, the comparative cost of other medications, working with difficult patients (and colleagues), gestational diabetes, enteral and parenteral feeds with insulin, educational resources, new technologies like Skype clinics, different blood glucose meters, issues to consider on holiday (especially an activity holiday), and there was probably more.

After some careful discussion, I think I have got to the bottom of the meaning of the statement that if the same total amount of carbohydrate is consumed, then "sugar does not raise blood glucose levels any higher than starch". What it seems to mean is that the total amount of glucose that reaches the bloodstream is the same for a portion of sugar and a portion of starch that contain the same amount of carbohydrate - the body does not distinguish between the glucose that is derived from digestion of sugar compared with the glucose derived from the digestion of starch. But sugar is digested faster and reaches the bloodstream quicker than starch, so produces a sharper peak in blood glucose post-ingestion, especially if in liquid form, even if the total impact on blood sugar (the area under the graph of blood glucose plotted against time) is the same for both curves. This post-prandial peak seems to be the most harmful aspect of glycaemic control in diabetes, according to the experts, and subcutaneous insulin isn't quick enough to deal adequately with a sugar peak.

Having said all that, the total amount of sugar in most foods we eat is usually less than the total amount of starch - compare a serving of honey (1 tbsp = 15g) with the serving of bread (1 slice = 40g) that accompanies it. Even with bread at 50% carbohydrate and honey at 85%, you're still getting a bigger hit of starch than sugar overall. So having a little bit of honey on your toast isn't too bad, but drinking non-diet Coke is not advised. Except to treat a hypo.

The next stage in the module, after I've properly consolidated what we learned (more formally than just writing a blog post), is to find myself a case study and start writing it up. We have another two days taught in July including an assessed presentation, then the case study has to be ready in October.

There will now be a short break while Mr A and I go on holiday... 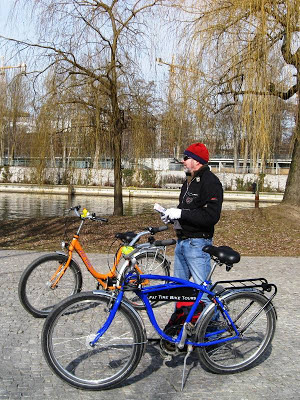