The New Year has started in the most terrific way, at least after the noise from the pub died down so I could get to sleep. Incidental news - Smurf has announced on Facebook that he's stepped down from running the pub, so I need to get over there and find out who my neighbour is now, and what's going on.

Anyway, I started the year proper with a parkrun, but forgot my barcode. This means that my run isn't logged against my name in the big parkrun database and I have to do an extra run to get to my Big Numbers (you can have a special T-shirt when you've done 50). I thought I would be a bit peeved, but it didn't matter. I just felt happy to be out there. Even though it was pouring with rain all the way round.

Starting the day with a parkrun generally means I don't do much for the rest of the day, and this was certainly true for New Years Day. However, I had finally joined Meetup, which is a website that allows people to create groups around particular interests and activities and then recruit others to join them. I joined the 'Out and About in Warwickshire' group and signed up to a long walk in the Cotswolds that took place on Monday. It was bright and sunny and even a little bit warm out of the wind, and the walk was wonderful and all the other people I talked to were lovely. Really lovely. Someone saw me just grinning with pleasure, and commented that the endorphins were very evident.

The highly unexpected bonus of all this unusual socialising was that one of the people I met turned out to own a kitchen design business. This kitchen project has been weighing me down a bit, being a lot more difficult than I was expecting, so the prospect of actually finding someone prepared to help was such a relief. I need to get along to her shop.

During the Christmas/New Year lull (Twixtmas) I finally got to grips with starting to list dad's collection of ephemera on ebay. It's very time-consuming - each listing has to have at least one photo, I need to check for similar items previously listed and/or sold so I can get an idea of how much to charge (I've mostly been putting on fixed price listings) and then work out postage. Even the description is tricky when I don't really know why anyone would want a manufacturer's leaflet about a Third Generation Coding Desk or a Philatelic Presentation Pack Assembler in the first place, let alone a poster exhorting you to use the postcode or celebrating 350 years of the Royal Mail in 1985. So I took a load of photos and got a load of listings ready in draft, all the while thinking "what's the point", and who'd have thought it, someone went and bought one. And now another two (same buyer)! So I'm carrying on and watching the pence flood in (we have made just over a fiver so far). 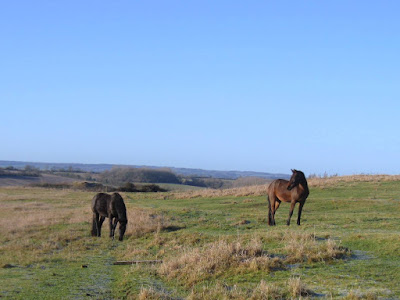