The narrative of my mundane existence has been interrupted with the academic treatise about exercise and Type 1 Diabetes, but rest assured there is still excitement going on behind the curtain. I'm breaking down the fourth wall for you, go ahead, take a peek at the state of my life, and don't forget to be thankful for your own.

I have recently been incredibly unenthusiastic about running and have thought seriously on more than one occasion how nice it would be to retire. Not that I dislike my job, I reckon by previous experience it will be another five years or so before I start getting bored and then I'll be closer to 60 than 50. When I was growing up, retirement age for women was 60 - although back then 60 was an incomprehensible age, and has only become solid and tangible in the last couple of years. State retirement age for people of my age is at least 66 now, and I expect it will be 70 by the time I get there. But I digress - I have just been a bit more tired than usual, less motivated to get moving. I hope it's a phase that will pass.

It's possible that some of the lower energy levels relate to the effort of the LTRP, which I have been shoving forward inch by reluctant inch. Olf returned to work on the garage and the roof is now done, but he had a lot more trouble with the lock, and has gone away again to think about it. Ilf also returned and did a couple more jobs, and now we have to wait for me to empty the loft so he can do the electric lights in the room below, and for him to find some suitable wood to make a little house for the outside tap to keep it insulated and warm in the winter.

I have spent a tiresome afternoon up a ladder in the garden trimming the wisteria, after watching Alan Titchmarsh and another fellow on YouTube showing me how to do it. As I reached the top of the ladder I discovered that my neglect over the past few years has resulted in the wisteria making a bid for freedom and heading off for at least 10 meters along the wall between the gardens behind mine. To think I used to worry about killing plants in my garden. I've probably got another two carloads of vegetation to take to the tip, and the grass badly needs mowing again, but the rain has been fairly persistent.

I have had a lovely crop of unexpected plants this year, all self-seeded. I don't know what most of them are, but the cornflowers are doing well and a surprise foxglove has appeared. The rest are 'pink flower', 'yellow flower', 'blue flower' etc. Last year I had an aquilegia (I think) but I may have damaged it too much for it to reappear. There's actually a strawberry plant growing between bricks in the paved area, but I'm not prepared to spare the weedkiller even for a strawberry plant. I have also declared war on ivy. It will not be allowed to re-emerge in my garden ever again. Sometimes I think I would like to grow plants of my choosing, like poppies and hollyhocks, but it doesn't look like that will happen any time soon.

I have also escalated the LTRP by contacting two architectural designers - I think that's the kind of job title they use - to come and have a look at the kitchen, living room and stairs in order to recommend how things might be altered. The first one came one week and the second one came a week later. We talked about the kitchen, which was fairly straightforward, then we talked about the living room and stairs, which was rather problematic, and when we reached the subject of heating/insulation my head exploded. Too much, too complicated, couldn't cope. So it looks as though the kitchen redesign could happen, the stairs may have to stay as they are but may change, and there ain't nothin' goin' to happen 'bout the cold, cold house. At least not in the near future. Unless I wear a diving helmet for head protection while talking to the second architect.

The loft emptying project proceeds slowly with a couple of boxes of books at a time along with some of the redundant paperwork that has bafflingly been stored up there. I have also given away the trampoline. This was a bit more difficult emotionally, but I look back fondly on its value during exam revision and accept that I'm unlikely to erect it again. I advertised it on Streetlife (which I have mentioned before) and had a most intriguing selection of people who were interested. I sifted through them trying to evaluate who was most worthy, but my first choice of recipient very weirdly decided that if it was stored in the loft then it couldn't possibly be big enough for their child because if it were then it wouldn't fit through the hatch. I responded to say it's a kit and you have to assemble it, but they weren't having any of it, even when I said that you can get quite long poles through a loft hatch as long as you don't try to fit them through sideways. The second potential recipient didn't respond at all, but the third collected it as agreed and gave me a bunch of flowers, which made the transaction rather pleasant.

I have continued going to the Buddhist group, and I'm still enjoying the meditation and the tea break, but the discussions are more difficult. Actually, even the meditation was difficult when we had a guest leader who extended the duration to 40 minutes. Another inexperienced meditator agreed with me that this was pretty heavy going. The discussions focus on some aspect of Buddhist practice, and I struggle to translate the concepts into something I recognise and then struggle further to establish how the information might be helpful in any way. I'm just not cut out for abstract thought, let alone philosophy. But I quite like sitting quietly trying to extend goodwill to my fellow humans.

I have had an interesting time trying to arrange for my saxophones to be serviced - one independent chap was recommended so I sent an email, left a telephone message and sent a text and received no response whatsoever. So I phoned a shop and spoke to a delightful woman who thinks she might be able to service the tenor sax in a single day and have a look at the baritone as well. The downside is that I have to spend a day in Birmingham, but I'm sure I'll find plenty there to keep me busy.

Lastly, I went down to Bristol for a weekend because an old friend who plays in a band had a gig and another old friend who knows us both suggested we meet up there. I stayed in a lovely room courtesy of Airbnb, met the friends, went to the gig and came home via the falconry centre where despite the weather looking very promising the birds declined to put on much of a show.

I can't let this opportunity go by without mentioning the referendum. So there, I've mentioned it, let's move on and see what the future holds. 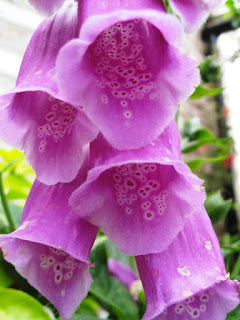