As you can see from the floral photos the garden has started to bloom, with the crocuses as the main deliberate addition. There are some other leaves emerging that may turn out to be something I planted, but I can't remember at the moment. Also, for the first time in 15 years I have succeeded in pruning the forsythia to the extent that it has produced a decent display of yellow flowers. So far I have found no flower or shrub in the garden that has not responded to brutal treatment. The lawn, however, is in a terrible state following my attack on the moss.

After posting the previous entry I did do a little bit more research into kitchen lighting, but spent the rest of Sunday looking for a tent to buy. Despite my enthusiasm for camping I've never owned my own tent. For ten years (thirty years ago) I borrowed Lola II's because despite possessing a tent she wasn't particularly interested in camping at that time. Then I was indoctrinated into Mr A's philosophy of camping, which was much more comfortable and included luxuries such as chairs and a table, so I used his selection of tents for the next twenty years. Meanwhile Lola II took her own tent back and then she and Mr M replaced it with a more up to date version, which I have also borrowed. Now it is time to become a tent-owner in my own right. I have reached a shortlist of two but am finding it rather difficult to decide which to buy.

I have had another meeting with the architect, and despite my minimal research I think we have now reached a conclusion for the kitchen layout and lighting that I'm happy with. I should receive some plans with more detail on that I can tout around for alternative quotes (if I'm brave enough). Buoyed by this success I turned my attention to the upstairs bedroom/office situation, and ventured forth in search of curtaining options. When I returned home after intrepidly buying curtain poles, I realised that a) poles that I already own are perfectly adequate for the windows, and b) it may not be possible to attach the other pole to the wall using the brackets provided. So one pole was returned the next day, and I have contacted the ever-reliable Ilf who I hope will be able to put forward a solution.

With my miserable cold (which still lingers on) I went with a colleague last week to deliver a presentation at the request of one of our diabetologist colleagues. It would have been nice to duck out of this given my health status, but I felt bad about letting my colleague down, and it was in a fancy hotel and I had high hopes for the buffet (which turned out to be only averagely good - the pudding choices were fruit salad or fruit crumble - where was the chocolate??!!?). The slight difficulty with our talk was that we had been given very little information about what our topic was supposed to be, and who exactly was in the audience. It turned out to be quite a small group, and we recognized a good few doctors, although we discovered afterwards that two of them were Dietitians and not doctors at all. I don't think we performed too badly, given that the topic of the expected talk was rather different from the one we had prepared.

The most surprising aspect of the evening for me was these doctors' attitude to our talk. Before we started they were discussing the most technical intricacies of endocrinology (which I think is one of the most technical and baffling specialties anyway). Then when we got stuck into our presentation they behaved like the least informed of my patients, speculating on what they'd read last week in the press about diet for diabetes. If we'd presumed to comment on diseases of the adrenal gland based on what we'd read in the Sunday Times we'd have been given short shrift, but they seemingly had no compunction about making similar presumptions in our specialist field. As usual I developed the most cogent and persuasive arguments and refutations of their assertions within 30 minutes of driving away after the meeting.

I have learned one other thing this week at work, thanks to one of the doctors. Occasionally we see a prisoner from the local jail, who usually comes with two prison officers and is handcuffed to one of them. The issues around having diabetes or other chronic conditions in prison are perhaps material for another blog post, but on this occasion the doctor mentioned that the patient was due for a scan on a particular date. "You shouldn't have told him that," said the prison officers. So if there had been any news of an escaped convict on that date, we would have known who to blame. 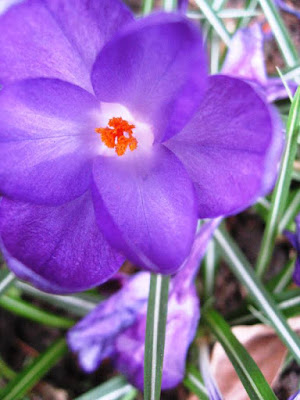 Tent update - I managed to make a decision between the shortlist of two tents, then discovered that the one I wanted is not available. This should have made the choice easier, but then I found a third option so I'm still stuck in decision-making limbo.

Curtain pole update - Ilf had to buy special drill bits but solved the problem by attaching the pole to the I-beam across the room rather than the too-small bit of wall above the I-beam. Now I need a curtain.