My feet have hardly touched the ground for a week. Getting back from holiday led to a concentrated effort to get some of the more pressing jobs done around the house on Sunday, although there is plenty left to do. I was also anticipating a very full work schedule for this week, and copious amounts of preparation did seem to calm my frayed nerves, which enabled me to deal with everything.

I managed to navigate successfully to a Community Centre in the city to deliver the first session of my first Structured Education course. Structured Education describes evidence-based courses for groups of people with diabetes, delivering curriculum-led content designed to empower people to manage their diabetes more effectively. It is an intervention that, according to NICE, should be offered to anyone with diabetes, on the basis that the evidence suggests they those completing the course will be healthier, will need less time and resources, and therefore cost the NHS less money.

There are a number of different, validated Structured Education courses, and I guarantee I will be writing more about them in future. They are invariably known by an acronym or abbreviation: DAFNE, JUGGLE, BERT1E, EDWARD, T2ONIC, DESMOND and X-PERT - and there are more. Some are licensed nationally (and internationally), some have been developed by one diabetes centre in order to avoid paying licensing fees. In order to qualify for delivery within NICE guidelines, they must collect and collate evidence to demonstrate that they do in fact deliver positive results in terms of better diabetes management.

We deliver the course in pairs - one Diabetes Specialist Dietitian and one Diabetes Specialist Nurse. I was also being observed by my team leader to make sure I followed the teaching plan as documented (some of the other courses are very much more rigorous in their educator qualifications and peer review). Nine participants plus three carers were expected, and I was daunted by the prospect of such a large group, but as for all events of this sort, not everyone turned up. It went well, and I would almost go as far as to say that I enjoyed it.

On a different university campus I attended a preliminary meeting that introduced several Dietitians and Fitness Instructors to a European research project. It is a multi-centre, multi-national, 3-year project with the primary objective of discovering how two different dietary interventions affect the progression of people in a pre-diabetic state (with Impaired Fasting Glucose and Impaired Glucose Tolerance) to Type 2 diabetes. Secondary end points, no less important, incorporate two different exercise programmes alongside the dietary interventions, and also include assessing weight loss, CHD risk factors, quality of life and more.

The dietary interventions involve two diets that have previously been studied in other European projects (Diabetes Prevention Study and DioGenes): high protein and low glycaemic index (GI) compared with moderate protein and moderate GI. The hypotheses to be proved or disproved are a) that a high protein, high GI diet will be superior in preventing Type 2 diabetes compared with moderate protein, moderate GI diet, and b) that high intensity physical activity will be better than moderate intensity. I have provisionally put myself forward to conduct the dietetic aspect of the group sessions required within the project, but there are many barriers to my involvement, not least being that I am working full time at the moment, and I may be moving away from the region before the three years of the project are up.

The regular ante-natal clinic. I didn't have a great deal to do this time, but I was pleased that my thoughts about the treatment for one person I saw turned out to be supported by the more experienced members of the MDT. If blood glucose readings show high fasting levels first thing in the morning, this suggests adjustment to medication - if your blood glucose is on target when you go to bed but high in the morning, there isn't a lot of scope for fixing things with dietary intake.

I also went to see the convener of the Masters module. The date is approaching when the case study has to be handed in and I'm rather suffering from the pressure of it. It doesn't help that I can't do a great deal on my work PC because it uses such old technology and has various restrictions that prevent effective academic work, and I haven't had any Internet access at home all week because of some fault that can't be rectified easily because the landlord rather than the tenants has the contract with the ISP. I did get some very useful advice on where to focus my efforts with the case study, and with only two weeks to go before the deadline the pain will soon be over.

I also took a trip to the Islet Research Laboratory in Worcester in the evening, but I'm saving that report for a separate post.

I attended a 'cross-site' dietetic meeting where Dietitians from the four corners of the Trust gathered to discuss various matters of import, and some other stuff. While we all sit under the umbrella of Dietetics, different disciplines are scattered in many places: Dietitians dealing with inpatients, home enteral feeding, paediatrics, hospital catering and diabetes all reside in different areas as well as being separated over the two hospital sites.

Some of the meeting was useful and interesting; some was not. The most interesting part was a discussion about Prescribing. At present, Dietitians are not legally able to prescribe Prescription Only Medicines (POMs), although we can prescribe nutritional supplements and tube feeding products which come under the heading of 'Borderline Substances.' Following a long drawn out process, Physiotherapists and Podiatrists have achieved a change in the law to allow them to prescribe (after a suitable Masters-level qualification has been awarded), and the BDA is following in their footsteps to try to bring about the same change for Dietitians.

If/when this comes about, it will make a great deal of difference in many dietetic settings. Most pressing is parenteral (intravenous) nutrition, where Dietitians make all the decisions about what should go into the parenteral feed and at what rate and for how long it should be administered, but have to find a doctor or a pharmacist to sign and take responsibility for the prescription, despite knowing nothing about its import. There are many other inpatient situations where it would make a big difference for the timeliness and efficiency of treatment if the Dietitian were able to prescribe, but in my line of work it would mean that a Dietitian could initiate and modify diabetes treatment. This would include tablets, injectable medications and insulin.

At present, it would be illegal for me to make or even to recommend any changes to the administration of a patient's insulin. We get round this by making sure that all I do is discuss what might be done and suggest that the patient decides whether to make a change or not. For example, repeated low blood glucose levels in the early hours of the morning in the absence of other factors might suggest that the basal rate of insulin overnight is too high. I could ask the patient what they thought they might do about that. Decrease the basal rate? That sounds like a good idea.

There are four defined levels of prescribing rights, starting at a Patient Specific Direction which allows a non-prescriber to supply and administer a specific dose of a named drug via a specified route for a named patient. Next up is the Patient Group Direction (PGD), which allows for a wider range of options to supply and administer specific drugs to classes of patients. The diabetes service in my Trust is working to draw up a PGD - it isn't entirely straightforward. What we hope to gain in future is firstly 'Supplementary Prescribing', which is fairly limited but allows prescribing of POMs according to a clinical management plan agreed by doctor, patient and prescriber. The end goal is to become 'Independent Prescribers', where no permission is needed from anyone.

Both supplementary and independent prescribing allow for complete access to the entire formulary of medicines available for prescription in the UK. It is not surprising, therefore, that there is significant work to be done to elicit approval of prescribing rights for Dietitians, including the amendment of an Act of Parliament. It is a worthy goal, but even if achieved it would only be available to a very few of the most senior Dietitians, not least because of the cost and difficulty of the Prescribing qualification, and the burden of such serious responsibility.

A much easier day ends a week in which my weekday house suffered the breakdown of the fridge freezer (it was replaced but all my frozen food was lost) and no Internet access. I have had to spend significant time after work and in the Medical Library during the week in order to research my case study and do all the other online tasks that are essential in this modern world. I am not optimistic that home Internet service will be resumed next week, but you never know. 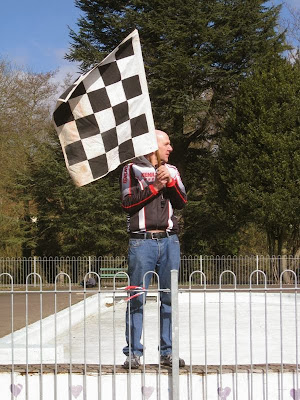