It's been a long time since I sat down to write, and I was wondering why. I'm pretty sure it's because of an HBO television series called 'The Newsroom', which I started renting from LoveFilm because it is written by Aaron Sorkin, who also wrote the best TV I have ever watched ('The West Wing'). The Newsroom is not as good as The West Wing, but it is a very close second, and I bought the DVDs and have been rewatching the first series before even going on to series 2. Each episode is about 45 minutes, which I would otherwise spend noodling on the laptop, hence the lack of blogging. I could be watching an episode now, that's the sacrifice I'm making.

Recent activity: weeks ago I visited Lola II and Mr M for a weekend, my colleague left work and we had a night out to celebrate and commiserate, I had a large percentage of my hair cut off, I had a long meeting with the builder who's going to manage my kitchen renovation, there was an election, and I went to work and badminton and meditation in the usual way. We also did some meditation in the park as our contribution to Buddhist Action Month. BAM! "Don't just do something, sit there!" 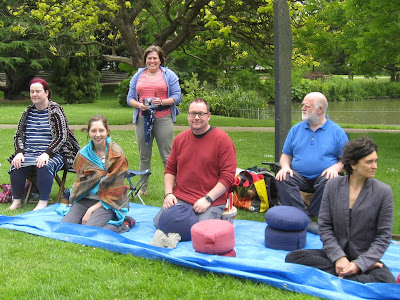 While I was visiting Lola II and Mr M we went to a performance of 'Roller Diner' in London's Soho, and it was rather good, although it took a while for me to get comfortable with the style of it. I haven't been to the theatre for quite a long time, and our seats were right at the front so not much distance between me and the actors. Despite my assertion that being called 'Roller Diner' meant that there was bound to be roller skating in it, there wasn't. I didn't mind being wrong on this occasion, because there was plenty to keep me interested. Based on this experience I wouldn't mind going to the theatre again.

We also went to a Street Food event at Alexandra Palace and then a lovely long walk on Sunday, and it was the Bank Holiday weekend so I even had Monday to get more done at home. There's still so much to do, although I'm gradually moving the old downstairs office upstairs, and emptying the kitchen into the old downstairs office and getting rid of whatever I don't use through Freegle, Nextdoor.com, Facebook Marketplace, eBay and the 'Household Waste Recycling Centre' (aka the local tip). Talking of eBay, the big philatelic project is nearing its conclusion with a total net profit of more than £250 as of today. I've finished selling the main postal mechanisation literature, and the very last bit is stamp booklets which is something new to me.

Then there was that general election as well. International politics at the moment feels like a particularly violent roller coaster ride with no option to get off. Just keep riding, and endure what's in store over the next political horizon - will it be a gentle bend or a vertical drop? I don't think there is the same sense of imminent catastrophe as there was at the height of the Cold War, just a sick feeling that our society is becoming ever more divisive and those holding political power have very little in common with either my way of thinking or of those who would disagree with me. Political thinking has never felt more like a gambling habit. I do often wonder how it will end. 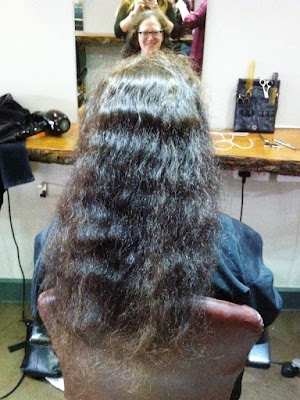